Let us know some specifics about your Tacoma and we’ll show you all the Tacoma Wheels and Tires Packages we offer! 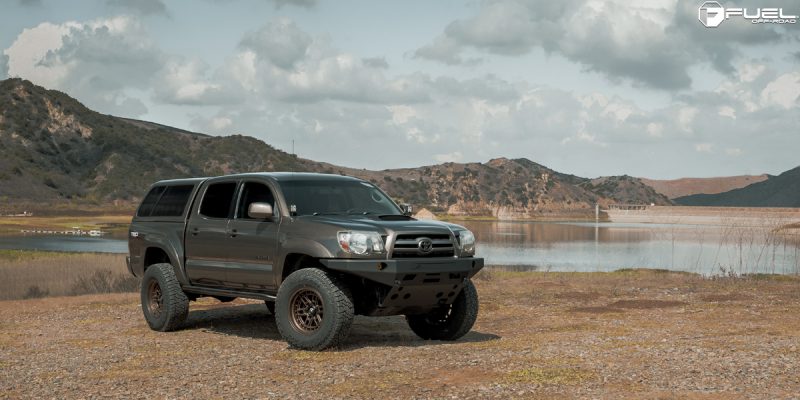 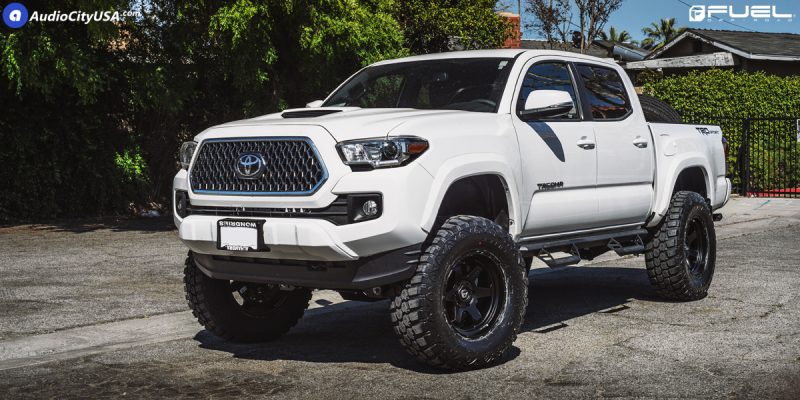 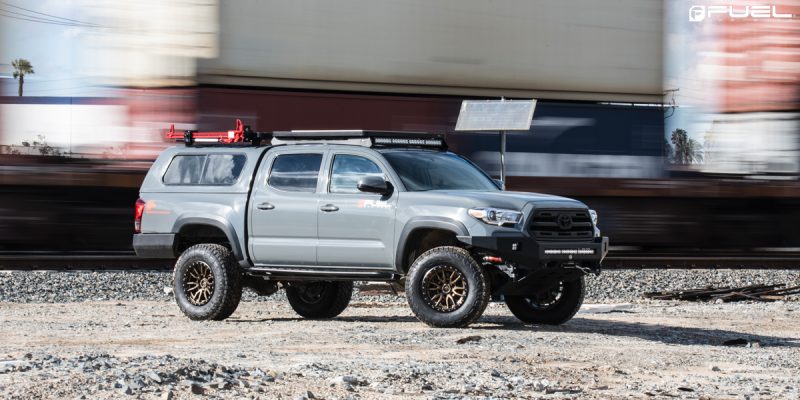 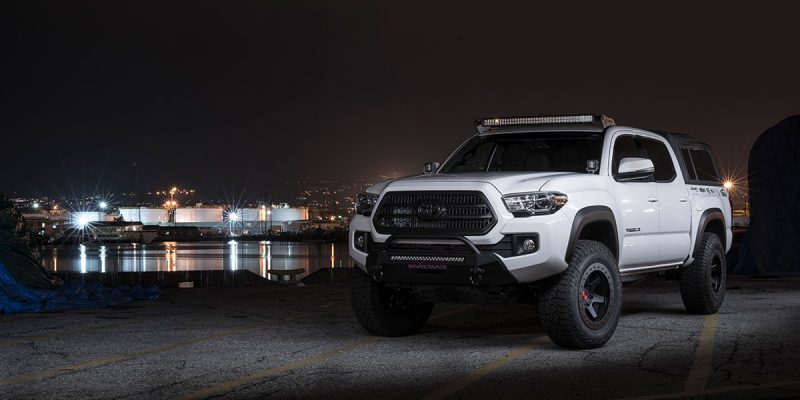 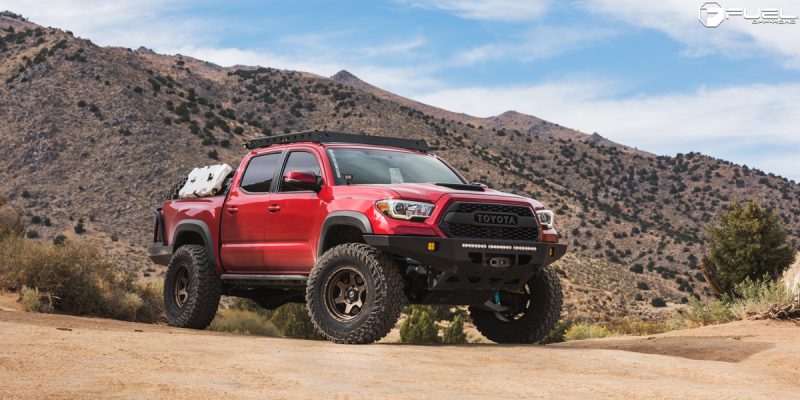 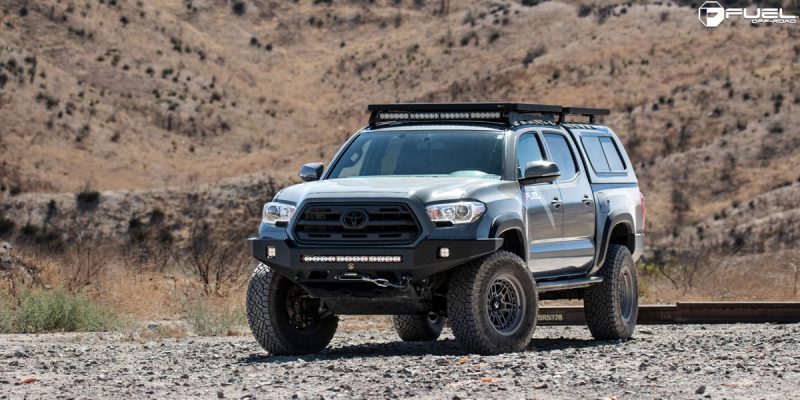 The Evolution of the Toyota Tacoma

Currently in its third generation, the Toyota Tacoma pickup truck was first introduced in the U.S. in 1995 replacing the Hilux, which came in 1964 and lasted for six generations. The Tacoma was launched as a compact pickup truck in 2-door regular cab, 2-door extended cab and 4-door crew cab body styles. It was available in rear wheel and all-wheel-drive layouts.

Toyota added the PreRunner Xtracab, Xtracab TRD and other versions over the years. The Tacoma PreRunner XtraCab came in 1997, the Tacoma StepSide featuring a V6 engine was introduced in 2000 and the Tacoma Double Cab and S-Runner hit the roads in 2001. From 2002 to 2004, the automaker didn’t make much changes. It was this time when Edmunds named it ‘Most Desirable Small Pickup’ thanks to the number of desirable changes Toyota made to this truck in the early 2000s. They added daytime running lights, vehicle stability control, traction control, passenger-side airbags as well as updated its styling and offered more exterior color choices. Before entering the 2nd generation, the Tacoma’s production was shifted from the NUMMI plant in Fremont, California to the TMMBC plant in Baja California, Mexico.

Toyota introduced a new version X-Runner in 2004 at the Chicago Auto Show with more bells and whistles. It was offered in 18 diverse configurations including three cab layouts (regular, access, and double), four gearbox choices (4-speed automatic, 5-speed automatic/manual, and 6-speed manual), two beds (5 ft and 6 ft), and two power unit choices. The first engine was a 4.0 L V-6 pumping out 240 hp and 270 lb-ft of torque mated to a 6-speed manual transmission. It was able to hit 60 mph in 7 seconds and tow 6,500 lbs. Adding TRD (Toyota Racing Development) supercharger to the X-Runner could bump the performance up to 300 hp. The second choice was a 2.7L 4-cylinder churning out 159 hp and 180 lb-ft of torque. This version became an instant hit and also won numerous awards including Motor Trend’s Truck of the Year and Consumer Guide’s Best Buy (Compact Pickup Trucks) in 2005, as well as, the Kelley Blue Book Best Resale Value Award and IntelliChoice Most Awarded Pickup award in 2015. During the second generation, Toyota made numerous changes. They added new standard features along with safety facilities including front seat-mounted side airbags, curtain side airbags, active front headrests and so on.

Introduced at the 2015 Detroit Auto Show, the new generation came with many improvements in all departments. It received new exterior styling, tougher body, updated suspension and the rear axle, a new V6 engine, and an array of advanced interior features. Furthermore, the truck offers a choice of six trim levels, 2 engines and three transmissions.